The Ancient Greeks were known for many things. They were the cornerstone of society. They came up with ways to educate people that were far more advanced than people realized, they had already mastered democracy, philosophy, mathematics, and sciences. They believed in the pagan gods, which was a religion that carried on even after the fall of Greece. Greece birthed heroes and scholars and having both of those groups changed the course of history forever.

Although the Greeks are very different today in some ways, in some, they are very much the same. For example, although they no longer worship the old gods, they do not tear away their temples and reminders of their history. They serve as a great importance to the mark they left on the Western World.

Read on further to discover some facts about the ancient world of Greece, that every major fan of classics will enjoy.

Back in the day, it was at the amphitheater where most people went for entertainment. It was a place for viewing many things, including plays, sports, and other games. 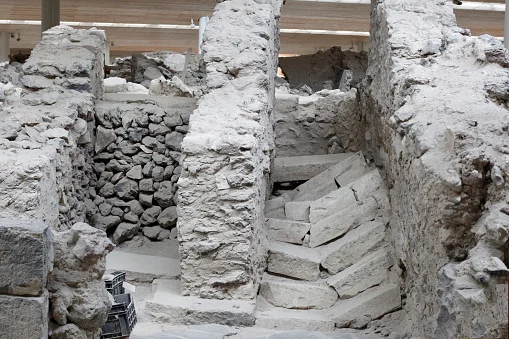 The photo above shows the island of Santorini, upon which there was a volcanic eruption that ended up preserving Akrotiri. Akrotiri was a Minoan city, and the site shows the homes and ceramics of the site. There are, however, no human traces in the rubble which means that the fate of the people is unknown.