When it comes to parenting, moms and dads generally have a very different approach. While the common saying is that dads are stricter, often at times dads are far more childish than the mothers, ending up in some hilarious differences. While moms tend to worry about their children’s well-being, dads tend to be more careless and often want their children to enjoy as much f life as they can. Dads usually manage to retain the child in them for far longer ending up in a better understanding of the activities a child does throughout the day. With that in mind and without further adieu, here are 10 funny differences between moms and dads. 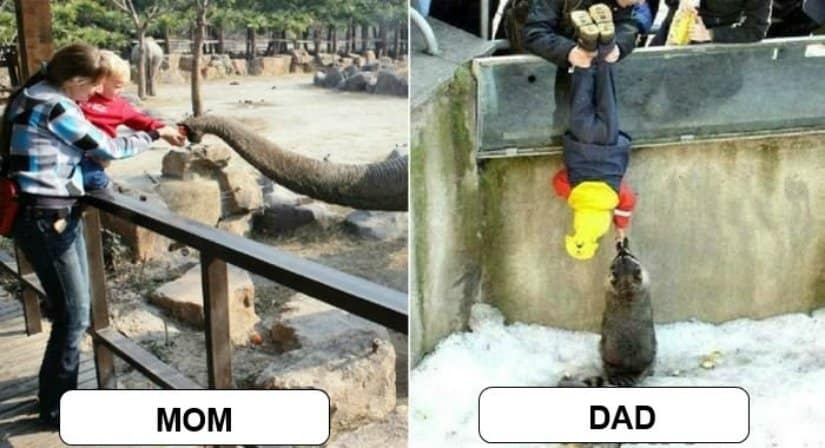 Moms and Dads have quite a different approach when helping their child explore the world.